The Cats in the Cast

Call us Anytime at

Joining Mr. Whitekeys is the Greatest Cast ever assembled in a Sleazy Bar in Spenard, Alaska.  Miss Regina MacDonald has appeared in theatrical productions ranging from "The Rocky Horror Picture Show" in the back room of a Gay Bar downtown to the lead role in "Man of La Mancha" in Los Angeles.  She appears in the nationwide reality show, "Wild West Alaska" on Animal Planet, and she was voted by the Anchorage Press readers' survey as "The Third Best Actor in Anchorage."

Cameron Morrison was born and raised in North Pole, Alaska.  He got his theatrical start by starring in the lead role as Snoopy in Anchorage's West High School Auditorium.  He is an honorary lifetime member of the Future Farmers of America and once worked in a Seattle dessert boutique run by The Chocolate Maker to the last Russian Czar!

"Mudflats" Morgan Welch (drums) drives the fastest car of anyone who has ever been a member of the Follies cast.  He also is proud to have once been the Tastee Freeze Employee of the Month runner up!  He says, "I was the Ice Cream Department guru.  I served the tightest soft-serve ice cream cone swirl in Tastee Freeze history."

Jamison Morrison, the World's only Singing Slide Projectionist, has performed in "The Rocky Horror Picture Show"  and was personally waved at by President Barack Obama when the President visited Anchorage in 2015--but only because he was the ONLY person on the street at the time.

He landed the role of the "Pacific-looking Lumberjack" in a movie with Jennifer Anniston, but never met her.  And at the age of 16, he starred as the King Of Siam in "The King and I."  He is most proud of one testimonial to his acting skill:  "You're a really good King of Siam, but you sound like you're from Scotland."

On bass, "Salmon Patti" Greene was the First person ever nominated to be in the Alaska Blues Hall of Fame.   Unfortunately, the Blues Society went out of business before the Hall of Fame was inaugurated.

Information about Mr. Whitekeys can be found on a Separate Page so as not to tarnish the reputations of these fine performers. 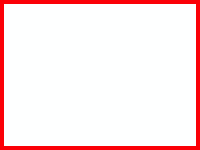